What's on your mind?

1: It is a extremely fun and skillful game combined at the same time.

2: If you don't have Call Of Duty: Zombies, then this game is free to play, meaning you don't have to play COD zombies in order to teach yourself how to do similar features.

3: The guns are easy to control and can deal high damages, which means you can have much fun with the guns you have.

4: Headshot multipliers are medium and very high for snipers, which means it can do one headshoters up to 50+.

5: There is a variety of weapons in the game, including the most famous one, the AK-47.

6: It has a PaP (Pack-A-Punch) which can upgrade weapons perfectly along with the correct abilities.

7: This game is still being updated by the creator, Logitech101.

8: Five Excellent drinks that gives you a higher chance of surviving more rounds (and more if you're very skilled).

9: Many abilities that are dropped by specific zombies can help the player process more progress into the game.

10: You can easily survive hard rounds if very skilled, which makes this game not hard to play.

11: There is a infinite number of rounds like in Call Of Duty: Zombies, which means infinite fun.

12: You can hold up to 2 guns, which means you can get a third slot if you drink the Mule Kick. Which means if One of the guns run out of ammo while you're in your first person shooter (FPS and not to be confused with Frames Per Second), you can equip the other gun to keep going.

13: The game's players is holding up very well, as the current players in the game is about 2,000. Which is more than a few games on Steam (Sven Co-Op, GTA IV: The Complete Edition, Half-Life: Alyx, and it's parody, Call of Duty: Zombies.)

BAD (above is GOOD).

1: Players can argue by simple things (stealing other players kills, not reviving players, and etc.)

2: You can easily die by doing the simplest mistakes, which include AFK-ness, Getting Stuck in Corners, Not buying ammo for wall weapons, and etc., which is what new players SOMETIMES do.

3: Game is unoptimized that well, Max Graphics on Roblox in this game can bring up to 30-35 FPS.

4: Game can lag at certain points if you have bad internet.

5: Updates for the game take a superiorly long time to make, as Logitech101 is a Solo Developer, meaning that he is the ONLY developer. These updates can take up to 1 month per update, meaning adding more stuff can take longer (2 months if 4 items are submitted).

6: In rounds 70+, All the guns in the game will be VERY useless except for the Pack-A-Punched Ray Gun. Which it can deal about 3 shot kills, which is surprisingly good for a round like that.

7: Even if you are very skilled, you will still die at certain points in the game.

8: The game for pro players can be very challenging. If it is above round 115+, the game will be IMPOSSIBLE to play. As zombies will be faster than the players and can hit in just 1 second.

I am one of the original admins of ARGW, here to ask you to join this group to help protect roblox.

1. Fandom want to Closed every Reception Wiki [Very Likely because Crappy Games Wiki is Closed by Fandom Before.]

2. There some people who use Insults in the Wiki and don't get moderated in the wiki [Likely]

3. Fandom Know about ARGW before. And closed ARGW. We know that because Bowl Discussion Post that tell on April 1st Fandom found out about ARGW and changed from red to black Background [Very Likely]

5. There Some People who can't take criticism just reported ARGW to Fandom [Likely]

7. The ARGW breaking Fandom TOU [mentioned because no one just mentioned Fandom Terms Of Uses]

Goodbye everyone, It's been a wild ride since may of last year, But now that this is the last wiki standing of the good/bad media wikis i see no point in staying and miraheze is to clunky for me, Goodbye to you all some will miss me and some won't and thats fine, I'll miss you all regardless, Even you ThatDudeRightHere, This is my final sign off.

And this is thisismorgan signing off for one last time.

It's a classic game, and is still popular today.

Can i have a Question? Can we Add Phantom Force Because Its a Good Game

"THE VALLEY" is actually a game by ASPRINCExSTAR. It is a better version of the now-infamous Good Girls Sorority. It also has a better selection that the former. Although the makeup can be creepy, there are cartoonish makeup when you go to the booths at the runway backstage area by searching in the 'GrottyPuff', 'Mugalo', and 'Caskyy' tabs. A few of the clothes are scandalous, but still nice to look at since the creators have good talents in designing clothes.

The creator can listen to criticism and is aware of the glitches back when it was first opened. For instance, the booths at the runway backstage would not work and take a while to load. The animations, although good, can be confusing when finding the animations you have used. Thankfully, there is a "RESET POSE" button later on. You are also forced to wear 3.0 since there is no morph unlike SALON WORLD. Although the creator is aware of the buggy accessory selections, it is unlikely to be fixed as it is the least problem of the game.

The sorority design is less bland than Good Girls, however, although fitting for Roblox's tone, it's too cartoony for a game filled with realistic content. There are no raids unlike SALON WORLD. There is no male clothing, although there are two male-like hairstyles.

You can also change the textures of the accessories and hair, something that hasn't been done in Good Girls!

Now there are a few contents that are deemed useless, like the bathrooms since you can not access the toilets for some reason.

The thumbnail is kind of misleading, since the hair in the game do not have realistic textures, plus, there are no nail salon areas.

Just like GrottyPuff's games, this game can get too girly for some people, but can keep female players or effeminate males company for a while.

If this game got added, maybe this will be the first game in the wiki to have a 'Decent Games' category.

Why its Nostalgia is for old games. Why its Memories would be for games that are old but still known by roblox community

It's one of my fave games tbh.

Should we add Survivor?
Yes
No

Apocalypse deserves a place in this wiki

Hey. We have my new background. As response on Community Wikia, then I solved this issue, thanks to paint dot net

Hey. We have a good games on Roblox. Perfect Roblox Games Wiki.

If you're new, please go to "New on PRGW" filter posts, if you want.

If you want to questions about Roblox? They will answering you. This sub-discuss is about answering.

This category, that you need to post anything on Discuss.

If you want to discuss, please go to the General filter, if you like it. 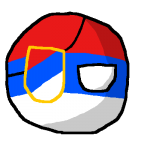 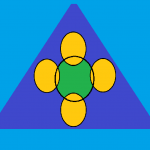 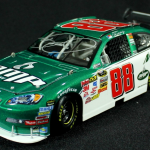 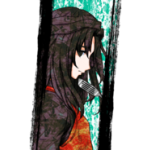 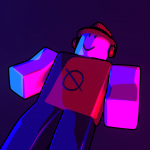